Why does everyone really care so much about an MBA ranking? Because it provides clues on the way to the right MBA degree. But should you choose your degree based on a ranking? Rather no – if you pay attention to certain things. We have created an overview of the MBA ranking and give tips on how to find the best personal program. 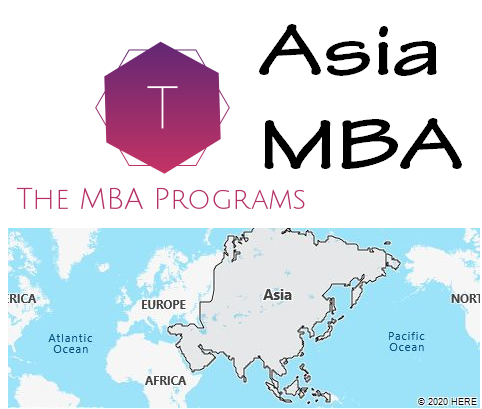 There are thousands of searches related to MBA rankings. And dozens of providers who use very different methods to compare universities and study programs in different countries. Some use the graduates’ salaries to classify them. Others try to compile a ranking list based on supposed objective criteria such as “scientific reputation” or “reputation with employers”.

Some companies live very well from the creation of these comparison lists. Conversely, universities must appear as high up in the rankings as possible so that they can be recognized internationally and that students can win. So there is plenty of room for influence and deception.

Our advice: The ranking should not be decisive

Don’t get us wrong: If you want to do a top MBA and pay a lot of money for it, you should research beforehand that the university is known beyond the borders of its own country and that graduates have good career opportunities. Otherwise you put a lot of money in the sand.

However, it can also be very appropriate to do an MBA at a supposedly small university of applied sciences that does not appear in any ranking. Because if this course of study exactly matches your career wishes and your employer also sees the advantages, the academic degree can go far.

The MBA is interesting for two career types: for career enhancers and career changers. The latter is more likely to be recommended for a specialized MBA and these are typically rarely included in the rankings. In addition, the costs are usually somewhat lower than for large management MBAs. You can complete such a degree program from just 8,000 euros.

And to put it briefly: Do you want a really great career, ideally right down to the board seat? Then you should study an international top MBA that also appears in the rankings. But you should also plan a lot of time and money for this, because the top rankings easily start at 30,000 euros and most include courses abroad of one to several weeks.

Ranking not so important:
you want at a German company (small, medium, large, but rarely an international group) make a career, but n maybe necessarily with a vengeance to the top top positions? Then a “normal” German MBA can be suitable. Depending on the career ladder level and ambition at a well-known business school, or also a specialized MBA at a smaller university. Both can be very beneficial for a career in this environment – the most important thing is that the MBA suits you and your profession or professional goal.

Ranking important:
When it comes down to which university name your MBA holds. Anyone who wants to become a board member of a DAX group should not have completed a “small 8,000 euro MBA”.