Kenya in East Africa is a rich country in many ways. The economy is growing and the country’s wildlife attracts many tourists. But Kenya is sensitive to climate change affecting both access to water and food. Almost half the population lives below the poverty line and many children do not get enough food.

In the last decade, Kenya has made great strides that have strengthened the country and driven development forward. Among other things, child mortality has decreased, more children have started school and the difference in education between women and men has decreased. The government is also investing in fairer healthcare, for example by offering free maternity care.

Despite the progress, there are major challenges. In 2017, Kenya and several other countries in the Horn of Africa were hit by a severe drought followed by a food crisis. Kenya is sensitive to climate change because agriculture is an important part of the country’s livelihood. For example, access to both food and water is affected when the rains become more unpredictable and the dry periods more. Children, and especially girls, are particularly vulnerable when families have poorer finances and access to food. Lack of food risks slowing down children’s development, which can affect them for the rest of their lives. The number of child marriages can also increase as more families marry off their daughters to survive. 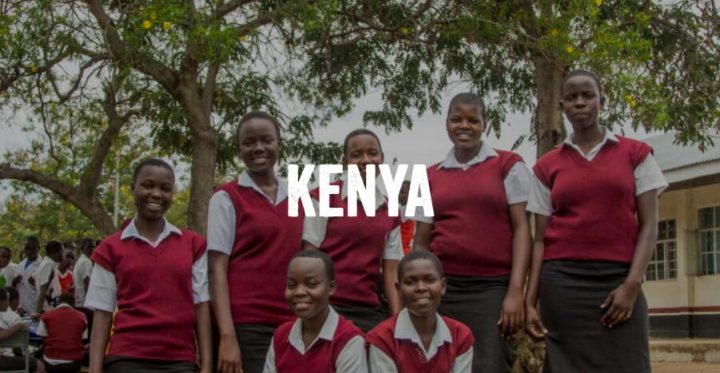 Child marriage and violence against women

When gender equality is measured, Kenya ends up far down the list. It becomes clear when it comes to child marriage and finances. More than one in five girls is forced to marry before the age of 18. Marriage increases the risk of girls being expelled from school and makes it more difficult for them to support themselves in the future. 80 percent of women work with small-scale agriculture, but very few of them own land or have the opportunity to take out agricultural loans. In addition, violence against women is widespread, which also affects their finances.

This is what Plan International does in Kenya

Plan International has been in place in Kenya since 1982. Based on children’s rights, we work to combat child marriage, child labor, trafficking, female genital mutilation and violence, while trying to change institutions and laws. 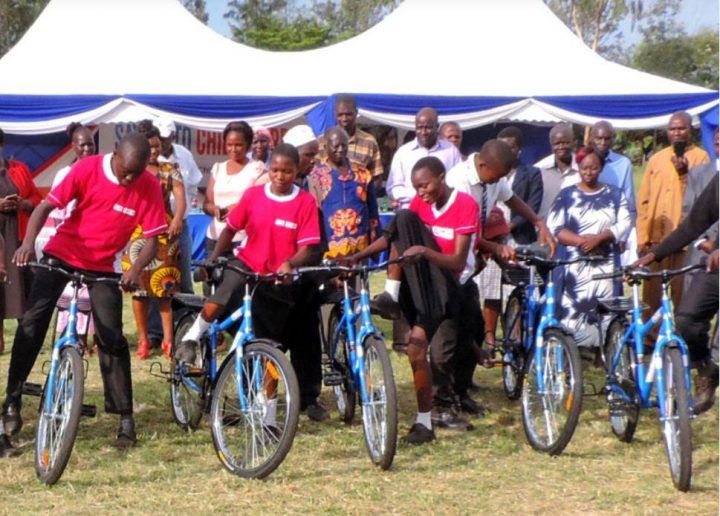 When the road to school is long and dangerous, a bicycle can be part of the solution. In Kenya, Plan International has distributed 1,500 bicycles to young people so that more people can get to school quickly and safely.

In Nyanza in southwestern Kenya, Plan International works to make girls feel safe and secure. Of the 1,500 bicycles distributed, 70 percent were for girls. The bicycles are intended to increase the proportion of children who go to school and reduce the number of girls who drop out. In Kenya, it is also not uncommon for girls to be attracted to exchange sexual services for a lift with a motorcycle, but Plan International sees that bicycles can cure this as well.

Magdaline is one of the young people who received a bicycle. She is an orphan and lives with her aunt four kilometers from the school.

– Before, I used to get up at four to prepare for school. I always clean the house when I wake up and then I study for a while before I go twenty minutes past five so that I have time until six o’clock, says Magdaline.

Now she is the proud owner of a bicycle she received from Plan International. This means that she does not have to get up as early and that she has time to put more gunpowder on her homework.

– I always arrive on time and now I can put more energy into reading homework, I expect it to go better. I easily go to school after my chores and get home on time, she says.

The aunt has sometimes been annoyed when Magdaline comes home late on the weekends. The village is not completely safe, but with the bike, Magdaline feels safer.

– Now I have time before it gets dark. My aunt is also happy, because I have promised to help her transport maize during the harvest in August, so that she does not have to spend money on transport.

The girls should never be mutilated again

To gain respect in the village, I had to start with my own daughters. Fortunately, their wounds healed. A friend attended a meeting with Plan International where they introduced other ways to highlight the girls’ transition to adulthood. I have stopped completely now.

– Regina from Tharaka who has practiced circumcision for 15 years

In the UN’s sustainability goal number five, the countries of the world have agreed to abolish genital mutilation before the year 2030. In Tharaka, the inhabitants are now working to abolish genital mutilation in their respective communities. For many, it has been a source of income, but through vocational training, Plan International has contributed to them being able to make money in other ways.

The school’s food program has meant a great relief for us as parents. Now we know at least that our children get food once a day.

The drought hit the Kilifi area hard. The farmers witnessed two failed harvests and many lost their livestock. Plan International started a school food program for children between the ages of four and six in preschools and schools, where students received rice and green beans during the school day. A total of 12,177 students in 94 schools received school meals. It not only leads to the parents sending the children to school – it also gives the students enough energy to actively participate in the teaching and learn new things. 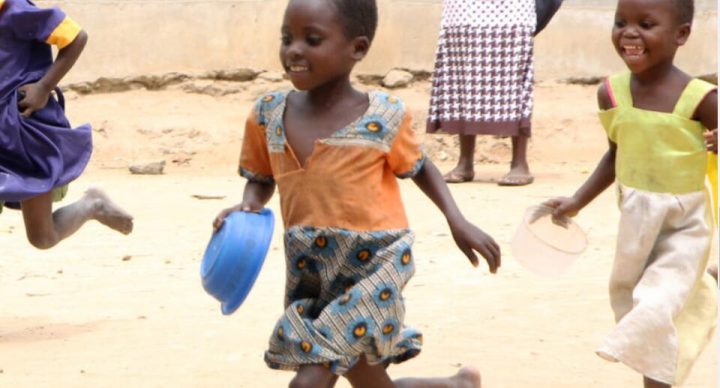