Archaeologists recently made a huge discovery in Idaho: a blade-like tool made of stone. Do you think? It turns out the blade is over 13,500 years old, proving that humans have lived in the area for at least a few thousand years longer than experts thought. Thousands of years after blade makers lived, other Native American tribes lived on earth, including the Nez Perce, Coeur d’Alene, Kootenai, Shoshone, Bannock, and Blackfeet. See Idaho cities. 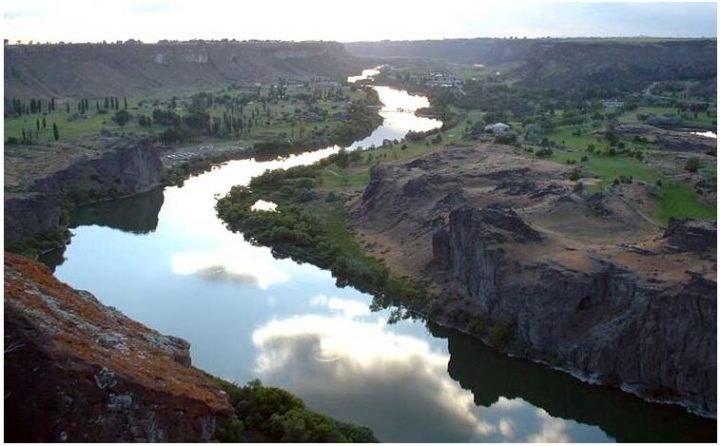 The first non-indigenous people known to have reached this land were the American explorers Meriwether Lewis and William Clark, who crossed the border in 1805. The United States and Great Britain claimed the region until 1846, when the two governments signed the Treaty of Oregon, transferring ownership to America. The land became part of the Oregon Territory and then part of the Washington Territory. But as soon as settlers discovered gold there in 1860, thousands rushed in, and in 1863 Idaho became his own territory. Seventeen years later, in 1890, Idaho became the 43rd state. The Coeur d’Alene, Kootenai, Nez Perce, Shoshone Paiute, and Shoshone Bannock tribes still live in Idaho. When officials first proposed the name Idaho, some thought it came from a Native American word meaning “jewel of the mountains.” But it turns out that the word “Idaho” was actually made up! The nickname Gem State could come from the myth about the name of the state. It can also refer to many precious metals and gems mined from the state’s mountains, including the star garnet (state gem).

According to itypetravel.com, Idaho is bordered by Canada to the north, Montana and Wyoming to the east, Utah and Nevada to the south, and Oregon and Washington to the west. Idaho can be divided into three major geographic regions. The Rocky Mountain region rises through the north and center of the state. It includes Bora Peak, the state’s highest point at 12,662 feet, and Snow Pen in the state’s narrowest northern section. The region also has deep river canyons and ice trenches. This includes Hell’s Canyon, the deepest gorge in North America. It’s even deeper than the Grand Canyon! The Columbia Plateau spreads across the southern part of the state. Volcanic eruptions that occurred between 15,000 and 2,000 years ago left the area almost completely flat, with few mountains. The Province of the Basin and Range is in southeastern Idaho, with grassy plateau valleys. It also contains part of the fertile basin of the Medvezhiy River and several high ranges.

Idaho’s mammals can be large, with black bears, elk, bighorn sheep, and woodland caribou living in the state. So can small animals such as Idaho pocket gophers and Idaho gophers. And don’t forget the 400 species of birds. Yellow-billed cuckoos, great horned owls, fluffy woodpeckers, Lincoln’s sparrows and bobolins (little blackbird) fly throughout the region. Some of the area’s amphibians include Idaho giant salamanders, Coeur d’Alene salamanders, and tailed frogs, as well as reptiles such as painted turtles, northern alligator lizards, and western gartered ground snakes crawling and slithering across the state. Idaho has the largest stand of western white pines in North America, and it’s also home to the tallest western white pine in the world (219 feet – taller than Disney World’s Cinderella Castle!) Other common Idaho trees are Douglas fir, western hemlock, pine ponderosa and western redcedar.