The first two films by Milanese Roberta Torre (Tano da morte, 1997; Sud side stori, 2000) refer to Sicilian history told with tones of epicness and detachment like Brecht, who reinvented a Sicily entirely resolved in a transgressive, exotic and at the same time ironic, lit up with acrobatic visual experiments and immersed in the memory of the musical, while Angela (2002), a dry and throbbing portrait of a woman fiercely fighting against mafia conventions and blackmail, in the name of a loving passion alone, he moved the Torre cinema to a darker and more interior level. Geometries of the soul and dramatic implications of loneliness and psychological and social discomforts can be found in the films of Wilma Labate, another director who has cast a new look on Italian contradictions and on realities related to unusual visual and psychological environments: from the roads traveled by South to North by a carabiniere and a former terrorist in My Generation (1996), to the Neapolitan alleys tirelessly trampled by a suffering police inspector accompanied by an orphan girl as eager for affection and hungry for life, as painfully alone, on Sunday (2001). A’ an equally painful image of the contemporary condition and of the relationship between generations emerges from the films of Pasquale Pozzessere (from Verso Sud, 1992, to Father and Son, 1994), a sort of recognition of the civil and existential transformations of the Italian landscape. The anthropological context of the South returns again (in this case the sunny Salento, full of ancestral magical-religious recurrences) in the films of Edoardo Winspeare (Pizzicata, 1996; Sangue vivo, 2000) which contain a dense and arcane core of tragic resonances, able to resonate even in the story of everyday life.Another vision of the southern landscape, split between document, socio-anthropological datum and hyperrealism, on the one hand, and oneiric, sometimes surreal, glimpse on the other, emerged in the highly personal work of Giuseppe M. Gaudino (Tour of moons between land and sea, 1997); equally interesting was the extravagant and hypnotic vision of a group of young people in the ‘postmodern’ Bari of Lacapagira (1999) by Alessandro Piva, as well as the material intensity of the portrait of a woman surrounded by the disturbing and magnificent nature of the island of Lampedusa in Respiro (2002) by Emanuele Crialese. Vincenzo Marra (Tornando a casa, 2001) instead chose the side of the dry document and realistic plasticity (referring explicitly to the Visconti model of La terra trema, 1948) in the bitter tale of the destinies of a group of fishermen from the Campania coast.

According to TRANSPORTHINT.COM, a realistic tension, which refers to the models of the investigative film and the cinema of denunciation, has resurfaced, with different but often interesting results, in the films of Paolo Grassini and Italo Spinelli (Rome Paris Barcelona, ​​1990), Davide Ferrario (La fine of the night, 1990), Marco Risi (Boys outside, 1990), Ricky Tognazzi (Ultrà, 1991), Guido Chiesa (The Martello case, 1992), Michele Placido (The friends of the heart, 1992), Daniele Segre (Manila Paloma Blanca, 1992), Egidio Eronico (Vintage of prestige, 1995), Sandro Cecca (Complications in the night, 1992), Bruno Bigoni (Veleno, 1993), Giacomo Battiato (Chronicle of a violated love, 1995), Claudio Caligari (The smell of the night, 1998). A more problematic, less mimetic declination of reality and above all supported by a personal search for style (often capable of adopting an intense look at feelings and delving into the psychologies and ethical motivations of the characters) was configured in the convincing proofs of Mimmo Calopreste (in a sort of trilogy on contemporary discomfort: The word love exists, 1998; I prefer the sound of the sea, 1999; Happiness costs nothing, 2002), but also in the visual strength and in the heartfelt and dry tale of collective tragedies of the cinema by Marco Bechis (from Alambrado, 1991 to Figli / Hijos, 2001), as well as in the painful introspection and in the ability to listen to the unreasonable logic of the heart in film by Francesca Comencini (The words of my father, 2001) and her sister Cristina Comencini, more nuanced on a sentimental comedy side (The most beautiful day of my life, 2002). An absent-minded irony, combined with an acute observation of the vagaries of life and the intersections of chance, characterized the films of Piero Natoli (The assassins go in pairs, 1990); just as much irony, tender and ferocious, marked the description of the moody world, suspended between obsessions, bitter and grotesque notations, psychological maladjustments, bitter disenchantment, of the films of Matteo Garrone (from Terra di mezzo, 1997 to L’imbalsamatore, 2002). In conclusion, at the turning point of the new millennium, a generational change has taken place which has contributed to a renewed expressive vitality of Italian cinema, also confirmed by the affirmation of new figures of actors (from Fabrizio Bentivoglio to Claudio Amendola, from Stefano Accorsi to Luigi Lo Cascio, from Silvio Orlando to Toni Servillo and Fabrizio Gifuni) and actresses (from Valeria Golino to Iaia Forte and Licia Maglietta, from Margherita Buy to Giovanna Mezzogiorno, from Asia Argento to Chiara Caselli and Sonia Bergamasco), as well as from the new artistic youth of quality actors (just think of Carlo Delle Piane), flattened in previous decades in comic or character roles. 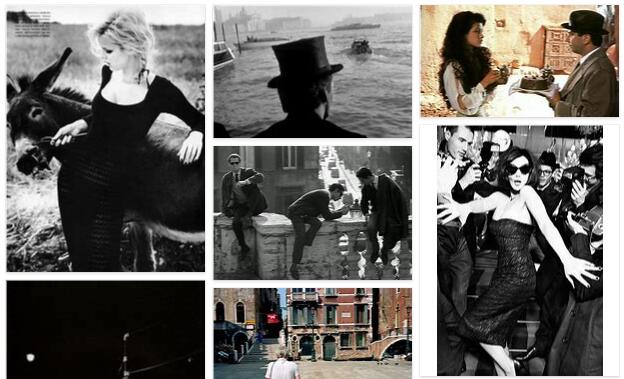 Italy Cinematography in the 1990’s and Beyond Part II