Sunrise at Angkor Wat, the best of Cambodian cuisine and lively trading until late at night. Siem Reap is modern day Cambodia and ancient splendor at its best.

Siem Reap is the gateway to the world-famous temple area of ​​Angkor. However, the city itself is also worth seeing and alongside the modern lifestyle, traditional Cambodian culture with its aromas, sounds and tastes still lives on.

SIEM REAP AS A DESTINATION

Siem Reap is located in northwestern Cambodia, near Lake Tonlé Sap. The area is especially known for the temples of Angkor, located just a few kilometers from the city. Angkor has comfortably guaranteed Siem Reap tourism revenue.

In addition to temples, Siem Reap has other things to see and do. The city itself is a charming combination of old and new. Siem Reap also has good museums, history, lots of shopping and handicrafts.

There are plenty of good restaurants and you can learn more about the secrets of local food on the cooking course. 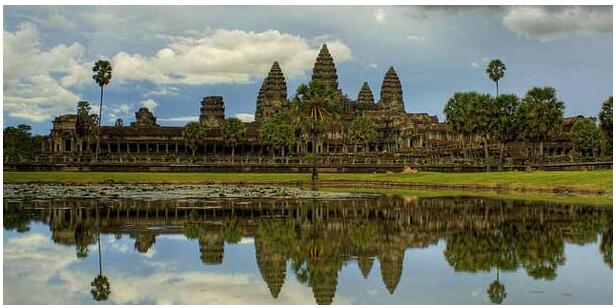 Warm all year round

Cambodia has a dry season from November to May and a rainy season from June to October. The best time to travel is during the dry season, as there can be a lot of water during the rainy season and it can be difficult to move from place to place. The temperature is always +20 degrees on the right side and in February-March you can easily get close to +40 degrees.

Cambodia is generally a safe country for tourists and normal caution is enough in Siem Reap. Of course, various scam attempts are possible and it is not advisable to carry the bag in a wheelchair in case of thieves.

The traffic is sometimes chaotic, so when crossing the streets you should be careful and prefer drivers who are used to the traffic rather than start driving on your own. In addition, landmines continue to torment the country, so it’s worth staying on public roads and paths.

By plane to Phnom Penh or Siem Reap

There are no direct flights from Finland to Cambodia. With one or more stopovers you can fly either to the capital Phnom Penh or directly to Siem Reap. Flight prices vary between about 800-1200 euros. Finished tours to Siem Reap and Angkor temples are also arranged from Finland.

From Phnom Penh you can continue your bus by bus to Siem Reap. The journey takes about 6-7 hours depending on the conditions.

There are also ships between Phnom Penh and Siem Reap, but they are considerably more expensive than a bus and safety may not be at an adequate level. Siem Reap can also be reached by bus from the Thai border in a few hours.

Siem Reap has a huge variety of accommodation options ranging from a few euros to hostels to luxury hotels. Most luxury hotels are on the highway just outside the city center.

Hostels can be found right in the center or on its outskirts, and the prices are very affordable in Finnish. The level of accommodation is often surprisingly good, even in cheaper places.

On a bicycle or tuk-tuk

In Siem Reap and the area of ​​Angkor Temples, you can get around either by moped taxi, tuk-tuk or bicycle. In the downtown area, enough own feet. The most convenient way to get to the temples of Angkor is to rent a tuk-tuk for the whole day, but the price should be agreed carefully in advance.

If fitness is in place, cycling is definitely the best way to explore the temple area, cycling brings your own freedom to ride as you wish. The roads are good and the traffic is reasonable compared to other Asian traffic. 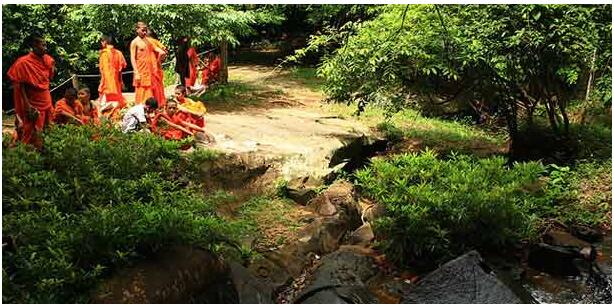 The main attraction of the Siem Reap area is rightly the huge temple area of ​​Angkor. In addition to the most famous temple in Angkor Wat, there are about two hundred other temples in the area, all of which cannot be completed in one holiday. You should choose the most interesting ones and explore a few in peace.

The temples are very different from each other, so you can get the best picture of the incredible diversity of the entire temple area by choosing different temples to visit.

Angkor Wat, Angkor Thom, Preah Khan, Phnom Bakheng and Ta Prohm are all relatively close together, about 6-10 kilometers north of Siem Reap, so they have time to get around in a day or two. Banteay Srei, a famous Hindu temple, is located about 30 km from Siem Reap. Roluos Temples, on the other hand, can be found east of Siem Reap, about 13 km away.

It is definitely worth setting aside at least two days to visit the temples, as the temples are large and it takes time to explore the details. The heat and abundant walking may also limit the amount of time you can spend in the temples on a daily basis.

Tickets for the temple area can be purchased along the road to Angkor. One-day, three-day and weekly tickets are available. The three-day ticket must be used within a week and the weekly ticket for the month.