First of all, it was a great time and I would always go to a country for longer periods of time. Whether to Halifax or somewhere else, it doesn’t matter. You should take it easy to find out when you return at the latest that it was a good decision.

I finally decided on Halifax and St. Mary’s University because I wanted to spend two semesters in English-speaking countries, the USA would have been too expensive for that, and you don’t have to take a TOEFL test at St. Mary’s University in order to be accepted to become. However, this fact also means that you meet a lot of Germans, especially in the winter semester. If you want to improve your English significantly, you should stay away from it for most of the time, at least at the beginning, and rather try to make contact with Canadians or other foreigners. Or you meet Germans who want to learn English in a similar way and talk to each other in English, which does not work for many Germans because they find it nonsensical to speak English when they can speak German just as well. For excursions or night-time activities, however, you need German contacts again, since many Canadians don’t go out in the evening too often because they can’t afford it or are still too young to go to any pub or disco. So everyone should think carefully about how much they want to have fun in terms of going out and what to experience, and how much they want to improve their English. I have met Germans who wondered after three months that their English had not improved significantly because they were only with Germans the whole time.

Canada is a beautiful country. The landscape alone inspires you, especially if you are more of a fan of northern countries like the Scandinavian ones. Nova Scotia, the province in which Halifax is located, basically has its charm in every season. In summer there is a lot of sun, whereby the maritime climate ensures that it does not get too hot, which makes things more pleasant, in autumn the incredibly beautiful colors of the “Indian Summer”, which Europeans cannot get enough of , and in winter there is also -20 degrees, usually a bit more. As a non-Canadians, you really look forward to spring, which can come with you on the other day, as it can often be in North American regions anyway; one day you put on all warm clothes, that you have brought with you, the following are taken out of the shorts and T-shirt … so you should always have everything to hand. The vegetation sets in later than in our regions, but that doesn’t bother the Canadians, as soon as the first sunny days in March, they play rugby barefoot again and take out their flip-flops.

Halifax is a very manageable city, about the size of a small German town. If you live on the SMU campus or nearby, you can get to downtown within 15 minutes, and there are enough buses during the day that you can use for free with the U-Pass. Downtown there is no typical pedestrian zone like in European cities, there are cars and buses on all streets. Someone told me that Halifax has one of the highest pub densities in Canada. Therefore you can find a place where something is going on every day of the week.

In contrast to German state universities, Saint Mary’s University is rather small, but that also has a certain charm because everything is more manageable. Everything on campus can be reached in less than five minutes and in winter there is even a tunnel or bridge so that on very cold days you don’t even have to go outside to get to the lecture halls and the cafeteria. (you live in the residence on campus). Where a large part of the high tuition fees remains, you can immediately see in the lecture halls, which are all modernly equipped, and there are sports facilities on campus, all of which can be used free of charge by full-time students. Check ehuacom to see more reviews from current students.

When choosing a course, you shouldn’t be put off by whether your knowledge of English is sufficient or whether a course is already full. Haven’t heard of anyone who was kicked out of the course by a professor because of language problems, and you can get into the courses either by introducing yourself to the professor’s office hours or simply waiting until enough Canadians find the course too difficult and no more come. And if Canadians find the course too difficult, it doesn’t mean that we understand it to be difficult. Certainly you have to concentrate very much on listening at the beginning, but after a few weeks you realize that the courses, if you invest a little time, are not exactly overwhelming. Through homework and regular tests, you always stay on your toes, which can also be of benefit to you when it comes to the formation of grades, since not only the final exam, like us, provides the overall grade. So if you stick it right from the start, you can take it easy at the end without worrying about big leaps in notes.

During my stay I lived in the residence and can only recommend it to anyone who wants to get in touch with Canadians. It may be a bit more expensive than organizing something privately, but in my opinion it was worth it because you can live on site. I would not recommend a double room like I had, because you want to have some peace and quiet from time to time and the open and friendly nature of the hallway roommates means that you can make contacts so quickly. And with the double rooms you never know who you will get as a roommate, which can quickly lead to a bad mood in relatively small rooms.

In any case, the communal activities with the hall residents are very enriching, even if you are by far the oldest as a German, which requires a certain adjustment in some conversations. If you are looking for an off-campus flat share, you usually have older roommates, since younger Canadians tend to live in the dormitories, as they are not yet allowed to rent their own apartment privately.

Since Canada is a very spacious country, you always need a car for excursions in the area. But they can usually be rented reasonably cheaply, especially if you have a large number of people and some are over 25 years old. Some excursions are also organized by the International Center, which in my opinion should all be taken in order to get a better impression of the country and to experience something. For private tours, I can especially recommend Cape Breton in autumn, which, due to the colors of the deciduous trees, cannot possibly be more beautiful at any time of the year.

All in all, I can say that it was a great time! I would love to go back to Halifax and meet my Canadian friends straight away.
I hope I was able to give one or the other some insight into Canada, Halifax and the SMU. 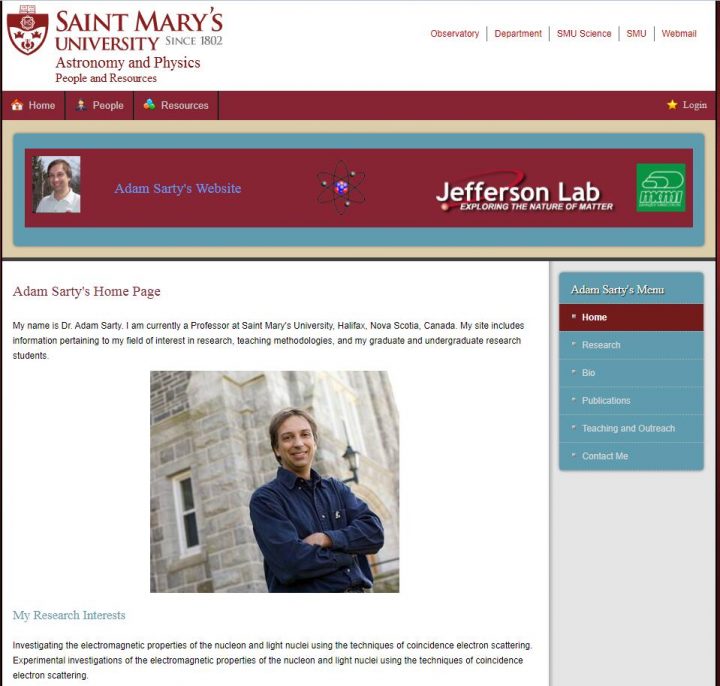